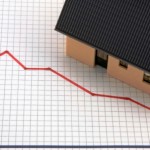 Even though home prices in San Diego reached a post-Great Recession high back in March, the annual growth of the market has begun to slow.

According to a report released Tuesday by the S&P / Case-Shiller Price Index, home prices in San Diego have continued to rise from February to March. During that time period, prices rose a total of 1.3 percent. In the previous Case-Shiller report, San Diego County lead the nation in monthly appreciation, with a rate of 1 percent.

Unfortunately, the monthly gains in home prices still haven’t been enough to sustain longterm appreciation in San Diego’s housing sector. The investor-related buying that dominated the market in early 2013 has, for better or worse, begun to dry up. “We’re hitting the upper numbers in terms of a recovery but we’re also hitting the limit in terms of affordability,” explained Mark Goldman, a loan officer and lecturer at San Diego State University.

Many experts, including Goldman, think that San Diego’s annual gains are likely to fall to around 5 percent by the end of 2014. Factors such as low inventory, flat household incomes, and difficulty qualifying for mortgages all point to lower annual gains. “Prices went way too high in the early 2000s, they way overshot the mean on the way down and now we’re right back at it,” Goldman said. “All the constraining factors in our market have aligned to keep this reasonable rate of price appreciation.”

If you’ve been paying attention to the numbers, the slowed growth in San Diego’s housing market shouldn’t come as much of a surprise. From March 2013 to March 2014, the prices for homes in San Diego county were up 18.9 percent. While that’s down from the 19.9 percent increase posted in February, San Diego’s annual appreciation was still the third highest in the S&P / Case-Shiller Index.

The national numbers, much like San Diego, showed improvement despite signs of slowed annual growth. Of the 20 cities on the index, only New York saw its homes drop in value. In February, on the other hand, 13 of the 20 cities on the index experienced a decline in their home prices. San Diego, at least in comparison to the rest of the country, appears to be on solid footing.

The deadline for property taxes has come and gone, but that doesn’t mean everyone has paid what they owe.

According to the county’s treasurer-tax collector, tens of thousands of San Diego property owners have yet to pay their taxes. In total, San Diegans owe $88,058,906 in property taxes for the 2013-2014 tax year, which ends on June 30. Another 200,000 property owners, who got a break on their taxes during the Great Recession, should expect a 10 and 20 percent increase in their rates for next year.

In the coming weeks, the county will mail out delinquency notices to 37,887 property owners. While that sounds like a lot of people, the total is actually a 10.2 percent drop from last year. Those who fail to pay their taxes by June 30 will face a 1.5 percent penalty per month in addition to a 10 percent late fee.

For those who still haven’t taken care of their taxes, payments can be made online at sdtreastax.com or at any of the five locations across the county.