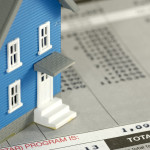 Now that April’s here, the deadline for property taxes is fast approaching.

On the April 10 due date, all five branch county tax collector offices will offer extended hours from 7 a.m. to 7.pm. “Our branch offices are all ready to serve our taxpayers,” said Dan McAllister, the county treasurer-tax collector. “As a reminder, the Downtown San Diego branch is the only office that will accept cash. Credit card payments are accepted online and by phone. To avoid credit card fees, pay online through our website via e-check. Pay early and avoid the long lines.”

For those who would like to pay their taxes online, www.sdtreastax.com makes it easy. In addition to accepting credit cards, the website offers a free e-check program that credits payment on the date of submission. Unlike banks, which can can take up to 10 business days to process a payment, the e-check program makes sure the payment is received before the due date. Payments can also be made by phone at (855) 829-3773.

The collection offices where you can make payments in person are:

Those who fail to pay their taxes by the deadline will be deemed delinquent and charged a 10 percent penalty and a $10 fee.

This February, 1,331,200 people in San Diego County received a paycheck from an employer. That mark beat the previous record, which was set in July of 2007, by 6,200 jobs. It also means that the county has recouped the 99,400 jobs it lost during the Great Recession.

To most experts, San Diego’s job market definitely seems to be headed in the right direction. “The good news is that San Diego’s economy appears to be on good footing now,” explained Lynn Reaser, chief economist at Point Loma Nazarene University. If the trends continue, Reaser expects San Diego to add another 28,000 jobs by the end of this year. “Despite restrictions on defense spending, the ending of the sequestration, continued biotech, gains in tourism, more homebuilding, and growth in business with Mexico should help the region move forward in 2014.”