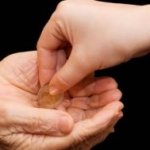 If you’ve been following us over the last couple of years, you know how much Greater Good Realty cares about giving back to the San Diego area. To us, the real estate business is about more than just selling homes, it’s about helping people. And we aren’t just saying that – every year, we donate 10% of our commissions to various charitable and nonprofit organizations throughout San Diego.

This week, we’d to take a moment to highlight some of our favorite local charities.

Since 1986, Family Health Centers of San Diego has hosted the “Spirit of the Barrio” luncheon to increase awareness about their organization and mission. The annual events raise the funding necessary to allow Family Health Centers of San Diego to continue providing healthcare services to those who need it most. The luncheon is designed to bring together local businesses, individuals, and community leaders for an afternoon of networking and fundraising.

Spirit of the Barrio events are scheduled throughout the year, with the next being held from 11:30 a.m. to 1:30 p.m. on Friday, July 18. All luncheons are held at the Logan Heights Family Health Center, which is the location of Family Health Centers of San Diego’s very first clinic. Past events have included a number of notable speakers, such Jerry Sanders, the former Mayor of San Diego, and Grammy nominated singer-songwriter Jason Mraz.

July’s Spirit of the Barrio luncheon will feature casino games, live music, and delicious food. As always, Greater Good Realty is proud to lend its support to this wonderful cause. This time around, we’ll be sponsoring a taco food truck!

Over the past decade, Photocharity has dedicated itself to saving and empowering San Diego’s homeless youth. To help raise awareness and funds for their cause, the organization has put on concerts, photography exhibitions, and public speaking events. Last year, we were proud to participate in their fourth annual Walk & Concert to Save Homeless Youth, which helped raise money for the Storefront Shelter.

According to Sitcov, Photocharity will use the grant money to support its award-winning “Taking Music & Art to the Streets” program. The program, which began in 2003, has helped teach hundreds of kids how to play an instrument and has resulted in teens writing over 50 original songs. A short video about Photocharity’s community outreach, via UT San Diego, is available here.

To learn more about what Greater Good Realty is doing for the community, visit our blog.