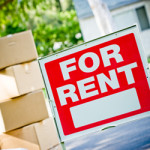 Finding an apartment in San Diego has never been easy. Now, it’s getting even harder.

According to a report released this Tuesday by the San Diego County Apartment Association, the availability of apartments in San Diego is currently at 12-year low. As of this week, the county’s vacancy rate has fallen to 2.8 percent. If you’re looking for a place to rent, that means that only 2.8 percent of all apartment units in the county would be available. This time last year, the vacancy rate was 4.5 percent, which is around the historic average.

“This is an unbelievably low vacancy rate for our region,” explained Alan Pentico, executive director of the San Diego County Apartment Association. “The last time we saw numbers this low was in 2002, when the overall vacancy rate was 2.5 percent. The demand for rental housing just keeps getting stronger.”

In their report, the Apartment Association also found that there has been an increase in rental property ownership – more people are buying single-family homes in order to rent them out. However, despite the increased permitting and construction of apartment units, which is up significantly, demand for rentals still outpaces the current supply.

Alan Nevin, an apartment industry analyst for Xpera, said even though 20,000 units are scheduled to be built in the county in the next three to five years, it still won’t be enough to cover demand. “With the exception of just a couple of years, the apartment vacancy rates here have remained very, very low,” Nevin said. “Unlike some other places like Las Vegas and Phoenix, we rarely overbuild.”

One of downtown San Diego’s last remaining historic buildings is scheduled to be converted into apartments over the next few years. The 14-story office building at 625 Broadway, which was developed in 1926 by San Diego philanthropist and developer John D. Spreckels, was sold Monday to Hammer Ventures for over $50 million.

The seller, Emanuel Torbati, purchased the building from a group of doctors in 2002 for $20.5 million. At one time, the structure was San Diego’s tallest building. It was designated as historic in 1983. “The building has the charisma,” said Torbati, 70. “I think it’s because of the historical nature, all the credit goes to John [Spreckels] when he built this thing close to 90-some years ago.”

Apartment industry analyst Alan Nevin said the idea to convert the building into residences was a brilliant move. “This is the last great building downtown, there are no others,” Nevin explained. “They’re monuments. We’ve proven that people will pay obscene amounts to live in a property that has real character.”

If you need help finding an apartment, feel free to give us a call at 619-GREATER (473-2837). Or, visit us at greatergoodrealty.com and check out our rental database.