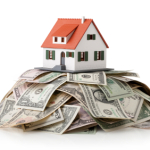 If you’re from San Diego, you’re probably already familiar with the city’s high cost of living. Just about everything here, whether that be gas or groceries, seems to cost just a little bit more. Housing, in particular, has always been expensive. Regardless if you own your home or rent, living in San Diego isn’t cheap.

According to a recent study from Zillow, San Diego now has the distinction of being the nation’s seventh least affordable housing market. Renting, as always, is especially costly. In San Diego County, a typical renter has to pay 42.6 percent of his or her income in order to afford a median-priced rental unit at $2,331 a month. Normally, renters are expected to spend 33% of their income on housing.

For homeowners in San Diego, the cost of owning a house is almost as expensive as renting. According to the Zillow study, the typical homeowner has to spend 35.5 percent of their income in order to buy a house worth a median of $467,000. As you might expect, that’s quite a bit more than the national average. From 1985 to 1999, the costs associated with owning a house came in at 32.9 percent of a person’s income. Clearly, things are getting more expensive.

Of course, much of this is the result of California’s current economic outlook. In the past year, county home prices have risen 9 percent and rents have gone up 3.9 percent. Incomes, however, have remained relatively stagnant, rising just 2 percent.

To many experts, the current housing situation in California was a long time coming. They trace the rise in costs all the way back to the Great Recession, which caused trends that are still influencing the housing market to this day. “We simply do not supply enough units to keep pace with the demand,” said Marney Cox, chief economist at the San Diego Association of Governments.

For renters, affordability is worse because unlike the for-sale housing market, rents didn’t experience a crash during the Great Recession. As demand increased, rent prices just kept climbing. “You’ve got a lot of people who would like to buy a home, they can’t, so they’re turning to rental markets,” explained Skylar Olsen, an economist at Zillow. “You’ve also got people who lost their homes, they are turning to the rental markets.”

As it happens, each of the five least affordable housing markets were in California – Los Angeles, Santa Cruz, Santa Rosa, San Jose, and San Francisco filled the top spots. In Los Angeles and Orange counties, where the median income is $59,424, a person needs 42.6 percent of their earnings just to afford a median home priced at $529,200. In order to lease an apartment in L.A. or Orange County, worth a median of $2,392 a month, a person has to spend 47.9 percent of their income.

In total, eight of the 12 least affordable housing markets are in California.

Whether you’re looking to buy or rent, Greater Good Realty can help you find something in your price range. To find out more, give us a call at 619-GREATER (473-2837).