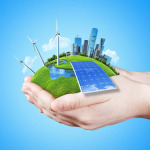 This year, San Diego ranked No. 5 on Inc’s list of the top 10 cities for fast-growth companies. That’s two spots higher than last year’s rank, putting San Diego ahead of startup hubs like Houston and San Francisco.

Inc’s list of fast-growth companies, released Wednesday, ranks businesses based on their past three years of revenue growth. As you might expect, New York topped the list with 205 of the nation’s fastest growing companies. San Diego, which had 81 companies on the list, was ranked between fourth-place Austin (87 businesses) and sixth-place Houston (76 businesses). In San Diego, only companies located within the city limits were included on the list. Countywide, the number of businesses in the Inc. 5000 was 113.

“This is a very valuable finding for San Diego,” said Lynn Reaser, chief economist for Point Loma Nazarene University. “Having an outside source validating your ranking and your potential for growth is very compelling. Plus, I think it defies much of the negative publicity that the public seems to be digesting almost on a daily basis: The perception that companies are leaving in a mass exodus.”

According to Inc. writer Yolanda Lu, San Diego’s enviable weather has helped make it a hotbed for innovation. Companies like utility metering and billing firm Multifamily Utility, which was San Diego’s fastest growing company on the Inc. 5000, have experienced a surge in revenue over the past three years. In the case of Multifamily Utility, revenue has gone up 5,196 percent, from $108,707 in 2010 to $5.7 million in 2013.

Other San Diego companies that made the list include the photo archiving company PhotoBin, self-help publisher Motivational Press, and adult sports league operator Vavi Sport & Social Club. Some, like genetic testing lab Pathway Genomics and sunglasses manufacturer Knockaround, are new to the Inc. 5000. Others, such as athletic training equipment maker SKLZ, have been on the list before.

Mark Cafferty, CEO of the San Diego Regional Economic Development Corporation, said Inc’s list is indicative of what’s going right with San Diego. “What you see is a lot of smart, interesting people in San Diego who are doing great things in this diverse base of clusters that we have, which I think often we bunch together and call our ‘innovation economy,’” Cafferty said.

This Wednesday, San Diego Gas & Electric announced that it will meet California’s 33 percent renewable energy goal six years early. Because of this, SDG&E customers can expect to see one-third of their electricity come from large-scale renewable projects by the end of 2014.

In 2002, California established its Renewables Portfolio Standard Program with the goal of making clean electricity a significant part of the state’s energy plan. In 2004, plans were made to increase the mix of renewable energy to 33 percent by 2020. As things currently stand, SDG&E is expected to be the first major investor-owned utility to reach the the state’s clean energy mark.

“We will be, by the end of this year, at 33 percent renewable,” said Jim Avery, a senior vice president at SDG&E. “That’s six years ahead of the state’s goal.”