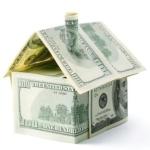 As of late, San Diego has seen an influx of high-priced homes hitting the market. Unlike some of the other areas in the country, these properties are actually selling.

According to DataQuick, the number of residents in San Diego County who have purchased properties worth $1 million or more is currently at a seven-year high. In the first half of 2014, 1,876 high-priced homes were sold. That’s up 12.7 percent from the same period in 2013. The second quarter of 2014, which saw 1,134 sales, was the best quarter San Diego has seen for expensive homes since 2007.

“It’s always fascinating to watch this part of the real estate market,” DataQuick analyst Andrew LePage said. “It behaves very differently, responds to its own set of criteria. These buyers, especially those in the multi-million-dollar market, are less likely to agonize over credit scores, income and job security, down payments, and mortgage rates.”

In the second quarter of 2014, San Diego’s northern neighborhood of Carmel Valley ranked fourth statewide with 136 sales of high-priced homes. In California, that put it behind Manhattan Beach in Los Angeles with 146, Marin County’s Hillsborough with 144, and the 95120 ZIP code of San Jose with 137. La Jolla, which was ranked ninth with 110 sales, was the only other San Diego neighborhood listed among the top 25.

The Greater San Diego Association of Realtors, which tracks the market for million-dollar-plus homes, has shown a large increase in the sales of high-priced properties over the last few years. In 2009, the county saw just 538 sales of high-end homes. This year, according to communications coordinator David Pedersen, that number has risen to 1,342.

Although San Diego appears to have a solid market for higher-priced homes, it still hasn’t been able to attract some of the biggest spenders. Clinton Selfridge, the colisting broker at Pacific Sotheby’s International Realty, said he thinks San Diego is still viewed as a secondary market in the eyes of international clients. “You’re just not seeing the big international money pouring into the city yet,” Selfridge explained. “I think where we live will do well in the future. Once those markets become more saturated, people will hopefully realize San Diego is a good value in comparison to other Southern California locations.”

When it comes to international home purchases, San Diego has a lot of experience with its neighbor to the south.

A new study from the National Association of Realtors, which included 12 U.S. cities, ranked San Diego the 10th most searched for area by international clients. On a scale of 0 to 12, in which 12 is the most interested and 0 is not interested at all, San Diego received a 1.8. Los Angeles, Miami, and Las Vegas were ranked at the top, with each city scoring an 11.8.

While San Diego may not have registered much with the majority of the international community, the city was the top choice in Mexico. For that country, San Diego registered a perfect 12, putting it at the top of the pack.

No matter where you’re coming from or how much you’re looking to spend, Greater Good Realty can help you find a home that’s right for you. Give us a call at 619-GREATER (473-2837) or visit us at greatergoodrealty.com.