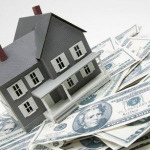 According to the County Assessor, the values of homes, boats, planes, and business property in San Diego rose $24.6 billion as of January 1, 2014. In total, San Diego’s assessed property values saw a 6 percent increase. Homeowners, however, will only see a fraction of the increase reflected in their property taxes.

Due to Proposition 13, which California voters passed in 1978, the majority of San Diego’s homeowners will see their property values rise less than 0.5 percent. That means 575,000 homes, or 68% percent of all properties in San Diego, will only see marginal increases in their value.

Under Proposition 13, property values cannot grow more than the California Consumer Price Index or 2 percent, whichever is lower. Last year, the California Consumer Price Index, which measures inflation, was less than 2 percent. That means that homeowners who were not given a break on their property taxes during the housing crisis will likely see a small increase in their tax bill – 1 percent of assessed value plus local charges. The limit on the tax increase, however, will not apply when properties are sold or when there is new construction. There is also an exception available for property owners who got a downward assessment during the housing crisis.

“During the great recession, my office provided temporary reductions on over 210,000 residential properties because their current market value was less than their Proposition 13 value,” County Assessor Ernie Dronenberg explained. “Each subsequent year we are required by state law to reevaluate these properties and adjust their values accordingly, but never exceeding the lesser of the market value or the Proposition 13 value.”

This year, San Diego County’s assessed property values totaled $433.4 billion. The 6 percent increase in this year’s assessment, for the 2014-2015 tax year, was nearly double last year’s gains of 3.46 percent. However, despite the dramatic increase, this year’s total still fell short of the 13.34 percent jump in the 2005-2006 tax year.

Property owners who would like to appeal their assessment can file an appeal through December 1. Applications are available at (619) 531-5777 or sdcounty.ca.gov.

This Monday, former Chargers star running back LaDainian Tomlinson relisted his home in Poway at an even lower price. According to the listing, the 9,610 square-foot, five bedroom, five ½ bathroom home is currently available for $3.495 million. On Facebook, Tomlinson posted a link to a video tour with a caption reading “Any takers????”

If Tomlinson is able to sell his house for the current listed price, he’ll be taking a significant loss. In 2005, Tomlinson purchased the property for $3.5 million. In total, he ended up spending over $5 million on the mansion, combining two parcels of land into one and adding various features to the house, including a wine rack, theater, a wall-sized fish tank, and a bridge over the pool.