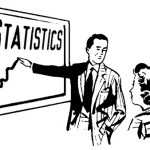 Even though San Diego County saw its housing prices rise last month, it wasn’t enough to reverse a trend of declining sales and lower appreciation.

According to DataQuick, the median price for a home sold in the San Diego area during the month of February was $410,000. That number is up from $405,000 in January and is 14.2 percent higher than the median price a year ago ($359,000). The annual appreciation rate for homes in San Diego, which peaked at 24.1 percent in June of 2013, has steadily declined over the last few months.

Mark Goldman, a loan officer and real estate lecturer at San Diego State University, said he thinks it looks like the market in San Diego is returning to its historical appreciation rate of 3 percent. “Interest rates are eking up, wages are stagnant, and the cost to run a household keeps going up,” Goldman said. “I kind of see this malaise continuing for quite some time.”

According to experts, the slowed growth in the housing market has been influenced by a variety of factors. The increase in mortgage rates, for instance, has made it harder for some to afford a home. Rates for a 30-year-fixed mortgage rose from 3.56 percent in February of 2013 to 4.37 percent this February. Increasing housing inventory has also helped to reduce upward pressure on prices. “Investors who are purchasing today, with the expectation that values are going to spike, I think in most cases are going to be disappointed,” Goldman pointed out.

As mortgage rates get higher and inventory expands, the overall number of real estate transactions has begun to drop. Last month, there were 2,541 transactions throughout San Diego County, which is up from 2,338 in January. The total number of transactions, however, is down 8.6 percent when compared to February of 2013 (2,779). Although it may not seem like much of a drop, last month marked the fewest transactions in the month of February since 2011.

A year’s worth of rising prices has helped keep the number of foreclosures in San Diego County at pre-recession levels.

In February, banks repossessed 141 properties in the San Diego area. That marks a slight decline from January and is down 44 percent from the 252 foreclosures in February of 2013. Last month’s foreclosure total was actually the lowest San Diego has seen since 2006, when just 40 properties were repossessed. “The whole thing with foreclosures is that they occur when there’s no equity,” Mark Goldman explained. “They’re most likely to occur when people are upside down on their mortgages.”

Regardless of what the market conditions are, Greater Good Realty can help you find a home that’s right for you. For more info, visit greatergoodrealty.com or give us a call at 619-GREATER (473-2837).