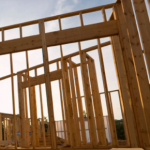 After seven years of waiting, developers and residents have finally agreed to allow the development of Kensington Commons to proceed. The $6.2 million apartment and retail project, located at Marlborough Drive and Adams Avenue, will contain 34 apartments and 10,000 square feet of retail space. The complex will also feature wide sidewalks, lush landscaping, and Santa Barbara-style architecture.

“I think we’re on a path of trying to develop the inner core of the city, to regentrify the inner core,” explained architect Allard Jansen, who lives and works in Kensington Plaza. “It’s a lifestyle being embraced more and more and the wonderful idea that you potentially will run into a neighbor by coincidence and start a conversation. More connecting neighbors with other neighbors will be great!”

Although rent for the apartments in Kensington Commons is expected to be around $2,760 per month, tenants won’t have access to a pool or workout space like those provided in other downtown apartment complexes. There will, however, be a movie theater and public library across the street. The apartment complex will also be within walking distance to some of the more popular restaurants on Adams St. and will have quick access to the freeway, which is just two blocks away.

Considering the seven years of disagreement regarding the project, it’s amazing to see construction finally get started. From the beginning, the development of Kensington Commons has faced one hurdle after another. Tim Blood, who was part of the Heart of Kensington group that sued the city over the project, said he blamed the delays on a lack of communication, lax enforcement of city land-use standards, and an overly business friendly attitude at City Hall. “The review was very limited and the deck was often stacked against the residents in going through the process,” Blood said.

The objections to the project stemmed from its initial design, which included a 58,567 square-foot complex with offices, retail space, and nine condos. The development, which was expected to cost more than $14 million, would have also included 22,000 square feet worth of underground parking.

While this initial plan was approved, it faced opposition from local residents, who sued to prevent the project from being built. At the end of the day, Jansen decided to redesign the project to better suit the area. His new design, which has been approved and is currently under development, favors residential apartments over retail space and will include three units with reduced rent. “They saved us from ourselves,” Jansen said. “We were able to design a project that was financeable, which is important, and (met) the apartment market, which is pretty good.”

A 190-home subdivision planned for northern San Marcos is now facing indefinite postponement. City officials decided to delay the project after hearing complaints about issues with the area’s traffic and sewer capacity. A Planning Commission hearing regarding the development, which was originally scheduled for Monday night, and a City Council hearing scheduled for later this month have both been cancelled.

According to officials, the project has been delayed because of a regional agency’s demands for a new environmental impact assessment. Currently, the developer is using analysis from studies competed in 1990 and 2002, which some believe simply aren’t thorough enough. The subdivision has also faced repeated complaints from local residents, 500 of whom have signed a petition opposing its development. In response, the Local Agency Formation Commission (LAFCO), which oversees annexations and boundary changes in the area, has stepped in to put a hold on the project.

“It would be appropriate for the city to produce a new substantial environmental impact report that will reflect a comprehensive review of the project’s current circumstances that does not rely on 23-year-old data and determinations,” said a letter from the LAFCO.

Although this delay will probably be serious blow to the new subdivision, it isn’t the end of the project. Jane Simmons, a consultant working for the developer, says the company plans on trying again in six months to a year.