A New Year in San Diego 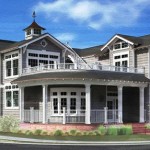 After a strong comeback in 2013, the San Diego real estate market looks like it’s ready for another big year. Home prices in the area have been climbing for months, and, considering the current demand for new housing, they should continue to do so. If you’re in the market for a new home or are looking to sell your house, 2014 just might be your year.

To find out how Greater Good Realty can help, give us a call at 619-GREATER (473-2837) or visit greatergoodrealty.com. Until then, good luck with your search and happy New Year!

Coastal Living, a 16- year-old magazine that celebrates America’s coastlines, has picked its first California “showhouse.” The home, which is located in Coronado’s Sunset Park and is currently nearing completion, spans 4,008-square feet over three levels. It was developed by Flagg Coastal Homes for Steve Madsen, a retired Carlsbad commercial contractor, and his wife Debbie.

Having your home selected as a Coastal Living showhouse is quite an honor, especially for those who are into coastal decor and design. Antonia van der Meer, editor-in-chief of the magazine, said showhouses are selected to “represent all the varied and beautiful coastal areas around the country.” As a showhouse, the Madsens’ home will be featured in Coastal Living’s upcoming publications. It will also be open to the public for empty-house and furnished tours, which will take place from July 15 to September 30. “I think it’s pretty neat,” said Steve Madsen. “My wife loves the magazine. She’s always looking at it to get ideas for decorating.”

The Madsens’ home, located in Coronado’s “Spanish Bight,” features a 12-foot-deep veranda that overlooks both Sunset Park and the oceanfront. The house also utilizes a rather unusual “reverse floor plan,” with bedrooms on the first floor and the kitchen, dining area, and family room on the second. In addition, the house will have a 1,138-square-foot recreation room located in the basement next to an underground two-car garage. The Madsens, who are both 58, also plan on installing an elevator in the house.

Being showcased in Coastal Living is usually a very positive experience, though there are some downsides. The Madsens, for instance, won’t be able to actually live in their house until the tours are over – Coastal Living has projected that 12,000 people will get to walk through the house before the Madsens spend their first night there. They will also miss out on the money the house could pull in as a sumer beach rental, which could be as much as $30,000. However, for the Madsens, it’s well worth it. “We’ll break even in the process, but we’ll get a real neat house, which is awesome,” Madsen explained.

As part of the showcase, the Madsen’s home will be furnished with over $100,000 in free fixtures and finishes, some of which are brand new to the market. The publicity the house receives should also boost business for the home’s designers. John O’Brien and business partner Mark Blore, a former Navy SEAL, believes the event will add “a lot of credibility to our business.” “We suspect after talking to other (previously featured) developers, it’ll generate new business,” O’Brien said. As an added bonus, the Navy SEAL Foundation will receive a share of the showcase’s admission profits, which will cost $20 to $25 per person.

For Coastal Living, this California showhouse offers the magazine a chance to highlight a new area. The company has even assigned local designers to the project, who are expected to work with the Madsens to furnish the house. “We are thrilled to be in California where so many of our readers live, work, and vacation,” van der Meer told reporters.