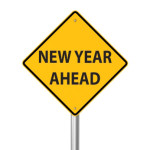 Throughout 2013, San Diego’s housing market has experienced substantial growth in just about every major category. The region saw large gains in home sales and prices nearly every month, with numbers that outpaced most major metropolitan areas in the United States. However, as the year comes to a close, the market has begun to slow down.

In November, San Diego County experienced a 14% drop in its monthly home sales. According to reports from DataQuick, the number of property transactions in the county fell to 3,018, which is about 500 less than the previous month. In 2012, the market experienced a similar, albeit less drastic, drop – that year sales fell 7% from October to November. “November home sales were pretty underwhelming,” DataQuick president John Walsh said in a statement. “The exact cause is tough to pinpoint, but we see likely culprits: The inventory of homes for sale still falls short of demand.”

Apart from seasonal concerns, the housing market’s slowed growth could be due to a variety of factors. Mortgage rates, for instance, have been steadily rising for months. The average for a 30-year fixed-rate mortgage climbed to 4.35% in November, which is up from the previous month’s rate of 4.28%. In the early weeks of December, rates have already seen increases up to 4.46%.

Another issue hampering the market is the amount of homes that are available. According to the San Diego Association of Realtors, the number of active listings in San Diego County during the month of November saw a slight decline, dropping to 6,848. However, when compared to last year’s total of 5,085, the numbers don’t seem that out of place.

For many experts, this type of slowdown really isn’t that unusual. Mark Goldman, a loan officer and real estate professor at San Diego State University, said the winter holidays have a lot to do with the slow sales numbers. “I always say when people get their Christmas tress up the market always comes to a halt,” Goldman explained. “That’s not a time when people are thinking ‘let’s move.’ There’s still activity out there but there’s a lot more motivation to focus on where we are at this time, put everything else on pause.”

After years of hardship in the housing market, it looks like things are finally back on track. The housing situation in San Diego has experienced quite a rebound in 2013, and judging by the way things are going, there’s no reason not to have high hopes for next year. We certainly do!

So, when it comes time to buy, sell, or rent, remember to give Greater Good Realty a call. In the meantime, enjoy your holidays and have a happy New Year!