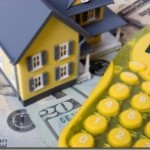 Last month, San Diego’s home prices started leveling off. Although prices continued to show monthly increases, the gains have become smaller and smaller. That’s not to say the city doesn’t have a strong housing market – it’s one of the hottest in the country. However, because of seasonal influences and changes in interest rates, the area’s home prices are expected to slow down in the coming months.

“That’s the summer buying season,” said Mark Goldman, a loan officer and real estate lecturer at San Diego State University. Goldman views the recent numbers in a relatively positive light. He pointed to the fact that home prices in San Diego continued to show gains in August, despite an increase in mortgage rates. Goldman, along with other experts, believe the area’s annual year-over-year gains will eventually return to the longterm trend of 3% annual growth. “As the economy improves of course we’ll see housing prices continue to go up, but I’m not anticipating any rapid increases in the near future,” Goldman explained. “We’re returning to the mean.”

This year’s overall increase in San Diego County’s home prices has been the largest price gain in over eight years. Home prices rose a whopping 21.5% from August 2012 to August 2013. From a national perspective, the annual growth of San Diego’s home prices trailed just three other cities in Case-Shiller’s 20-city index. San Diego’s annual gains were also well above the national average of 12.8%.

David Blitzer, chairman of the index committee at S&P Dow Jones, said the overall index indicates that prices hit their peak back in April. “Since then home prices continued to rise, but at a slower pace each month,” Blitzer said in a statement. “This month 16 cities reported smaller gains in August compared to July. Recent increases in mortgage rates and fewer mortgage applications are two factors in these shifts.”

According to a 25-city survey conducted by Income.com, San Diego ranks as the second least affordable housing market. The average price for a single-family resale home in San Diego, according to data from the National Association of Realtors, now sits at $469,000.

As it happens, the only city above San Diego on the list was San Francisco, which has an average home price of $706,300. However, when you factor in household income, the two cities aren’t quite as close. San Francisco ranks last in affordability, with a median income of $74,922. San Diego, on the other hand, ranked 24th with a median income of $60,330. The most affordable city on the list was Atlanta, with a median home price of $143,000. Runners-up included Minneapolis, St. Louis, and Detroit.

Mike Sante, managing editor of Income.com, said the study shows just how wide the gap between incomes and recovering home prices have become. “The simple fact is that the very small improvement Americans have seen in their paychecks hasn’t kept pace with a jump in home prices and mortgage rates,” Sante said.

Regardless of what the market conditions may be, Greater Good Realty can help you find the home that’s right for you. Gives us a call at 619-GREATER (473-2837).