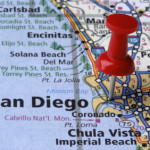 Before you decide to buy a house, it’s important to understand the real estate situation in your area. Property prices, the rate of sales, and the availability of loans all play an important role when it comes time to purchase a home.

At Greater Good Realty, we can help you navigate the process of shopping for a house and assist you in obtaining a fair mortgage rate. To find out more, give us a call at 619-GREATER (473-2837) or visit greatergoodrealty.com. Until then, here’s a quick update on the real estate market in San Diego.

As you might expect, the number of mortgage defaults was also down. DataQuick reported 537 default notices for August, which is up slightly from July’s rate of 516. Still, from a yearly perspective, things are looking good. In August of 2012, there were 1,216 mortgage defaults in San Diego County alone.

Defaults are usually filed three months after a homeowner stops making mortgage payments on their property. After the default process is over, lenders typically move to foreclose within nine months. The defaults from this August, therefore, reflect mortgage distress from the second half of 2012. Obviously, the market has taken a much more stable position since then.

“San Diego is very similar to the rest of the state,” explained DataQuick analyst Andrew LePage. The city is in a better position than places like Riverside and San Bernardino counties, with a real estate situation similar to what’s been trending along California’s coast. Although the numbers of default notices and foreclosures may change from month to month, LePage believes they are heading towards a normal market.

This summer, home prices in San Diego have begun to flatten out. From June to July, prices grew just 2%, which is down from previous month’s gains of 2.8%. Those numbers, which came from the S&P / Case-Shilller Home Price Index report released Tuesday, have a lag time of two months.

Considering the overall stability of San Diego’s housing market, the smaller gains in home prices shouldn’t be a cause for concern. Even if home prices continue to level out over the coming months, they are still much higher than they were a year ago. Home prices have risen a staggering 20.4% since July of last year. That puts San Diego fourth on Case-Shiller’s 20-city index, placing it well above the national average of 12.4%. In fact, the growth in San Diego’s home prices over the course of a year was the largest jump in yearlong period since March of 2005.

David Blitzer, chairman of the index committee at S&P Dow Jones, said that an increase in interest rates back in May could be causing the demand for housing to fall. “More cities are experiencing slow gains each month than the previous month, suggesting that the rate of increase may have peaked,” Blitzer explained.