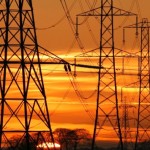 The bill, which is expected to be signed by Gov. Jerry Brown after reviewal, overhauls the way most utility customers are billed for home electricity and lifts the current cap on the amount of renewable energy and rooftop solar installations that can be used. Its passage, which came on a vote of 33-5, paves the way for the California Public Utilities Commission to rewrite the landmark consumer protections and energy conservation measures that were enacted during the state’s energy crisis in 2000-2001.

California’s three investor-owned electric utilities, including San Diego Gas & Electric, have argued that the current rules place the burden of rising utility costs disproportionally on large consumers of home electricity. This, according to the utility companies, undermines their ability to properly fund the power distribution grid. Other topics up for debate were the incentives and sunset provisions for rooftop solar energy, which have started affecting the otherwise rapid growth of the renewable energy industry.

If implemented, the new bill would extend the current equation for net metering until July 2017. As it stands right now, utility customers are allowed to credit their energy production towards their overall consumption. However, by mid-2017, regulators will be required to establish new terms and conditions for rooftop solar energy. This new way of determining energy costs has been dubbed “Net Metering 2.0” by industry insiders.

Even though the bill appears to have support among most of California’s lawmakers, not everyone is happy with the legislation. Some environmental and consumer groups have expressed concern – they believe that the utility companies’ use of fixed rates will discourage energy conservation among some customers. Matt Freedman, a lawyer for The Utility Reform Network, said his group will continue to lobby against the proposed changes. “There is a cap on the maximum amount of fixed charge that the PUC could ever approve,” Freedman explained. “The PUC does not need to approve any fixed charge at all.”

Although much of the legislation’s proposed changes will end up rewarding consumers for conserving during the times when energy demand is at its highest, it will likely be at the expense of others. Consumer groups are concerned that customers who stay-at-home and those who can’t afford high tech appliances will be treated unfairly. However, the bill does delay the practice of time-of-use pricing until at least 2018. “The key here is that all of these conversations need to be fueled by data,” said Stephanie Chen, the energy and telecommunications policy director at the Greenlining Institute, an advocacy group for low-income families. “We need to look at the impacts on various customer classes.”

When everything is said and done, the overall limit on the state’s use of renewable energy, which is currently capped at 33%, will be lifted. New consumer protections will also be implemented. Low-income households that qualify for the California Alternative Rates for Energy Program will see discounts of 30% to 35%. Fixed rates for utilities, which will be indexed for inflation, will be limited to $10 per month for regular customers and $5 per month for low-income customers.