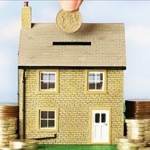 When it comes time to buy a home, it’s important to be aware of the market conditions in your area. Real estate prices and housing availability often fluctuate, which can make the process of finding a house seem rather daunting. At Greater Good Realty, we pay close attention to what’s happening in San Diego’s housing market. We have a large database of available listings and a great team standing by to help you find the home that’s right for you.

For more info, give us a call at 619-GREATER (473-2837) or visit www.greatergoodrealty.com. Until then, here’s a quick update on San Diego’s housing market.

Although mortgage rates have begun to rise in recent months, the last week of August brought with it a decline in loan prices. For that week, which ended on August 29th, mortgage rates fell to an average of 4.51%. While that’s down from last week’s average of 4.58% for a 30-year fixed-rate loan, it’s significantly higher than it was a year ago. This time last year, the average rate for a fixed-loan was 3.59%.

Frank Nothaft, vice president and chief economist of Freddie Mac, said he believed that the drop in mortgage rates was tied to a decline in July home sales. That decline, according to Nothaft, has influenced the Federal Reserve’s mortgage buying strategy. “The 13.5 percent drop in new home sales in July led financial markets to speculate whether the Fed might delay reducing its bond purchases and allowed long-term bond yields and fixed mortgage rates to decline over the week,” Nothaft said in a statement.

Freddie Mac’s weekly market survey also reported on regional mortgage rates. According to their numbers, the average mortgage rate for western states currently sits at 4.49%. That’s down from 4.57% a week ago and up from 3.58% a year ago.

According to recent analysis from LendingTree, an online home-loan company, California has some of the most stable borrowers in the country. The state ranked fifth overall when considering credit score, loan-to-value ratio, and other factors.

In California, mortgage applicants had an average credit score of 679 and an average loan-to-value ratio of 85.6%. From a national perspective, U.S. borrowers have increased their average score by 10 points over the course of a year.

Mark Goldman, a real estate professor at San Diego State University, said that mortgage lenders in California have begun to see more qualified loan applicants as lending standards have tightened. Before the recession, lenders would often issue home loans with little or no documentation. Now, banks are taking a close look at applicants’ financial documents before lending them money. “In 2004 to 2006, you and I were talking about people who had no business considering owning a home,” Goldman explained. “Now, most people are aware it will be difficult for (marginal borrowers,) if not impossible.”

The takeaway? If you’re looking to buy a home, you should avoid racking up any new debt. Keeping your finances in order can go a long way when it comes time to apply for a loan.