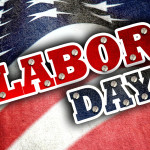 If the numbers turn out to be correct, this Labor Day weekend would mark a 6% increase in the amount of travelers when compared to last year. “As this year progressed, we have seen more and more people coming into the travel marketplace as a result of increased affordability, customer confidence, and the importance that a vacation plays in people’s lives,” explained Filomena Andre, the Auto Club’s vice president for travel products and services.

The majority of Labor Day vacationers are expected to make their journey by car – an estimated 1.93 million Southern Californians are projected to hit the road this weekend. Common destinations include San Francisco, Las Vegas, the Central Coast, the Grand Canyon, and, of course, San Diego. By the Auto Club’s definition, a trip has to be at least 50 miles or more to be considered. That means popular destinations, such as Los Angles and Disneyland, aren’t included in the reports.

These Labor Day celebrations should also be a nice boost for the state’s economy. The average amount travelers are expected to spend over the course of the weekend is $622. However, those going by car should save a little on gas. As recently as this Monday, the average price for a gallon of regular gas in San Diego was $3.839. That same gallon would have cost $4.065 a month ago and $4.117 a year ago.

There are quite a few events planned for this Labor Day weekend, and, with good weather expected, you might as well get out there and make the most of it.

This Labor Day weekend, San Diego’s annual Reggae festival is bringing the music back to the Del Mar Racetrack. The festival will feature a performance by Ziggy Marley, son of reggae legend Bob Marley, as well as others. Marley, a four-time Grammy-winner, will be performing Saturday on the Seaside Stage following the last horse race. Del Mar will also be holding a craft beer fest all day for those who are interested. The concert is free with racetrack admission.

To find out more, visit www.delmarscene.com/concerts.

Downtown better get ready! The Local is bringing back its massive pub crawl this Labor Day weekend and, once again, will be inviting people to enjoy some of the city’s best nightlife – all in the middle of the day! There will be no lines, no cover, and plenty of cheap drink specials. The crawl kicks off with a performance by Wayward and Sons at the House of Blues. Afterwards, it’ll head to FLUXX for some afternoon treats. The event starts at 1 p.m. Tickets cost $35.

Check out the Local’s event page for more information.

One party? Why not two? That’s exactly what the Hard Rock Hotel has planned for this Labor Day weekend. On Saturday, Grammy-nominated artist and globally-acclaimed DJ Paul Van Dyk will be taking over Hard Rock’s weekly pool party. The next day, Dutch EDM DJ Ferry Corsten will be dropping by to continue the festivities. The events are scheduled for 12 p.m. to 7 p.m. and admission is $40 each day.