Are Adjustable-Rate Mortgages Making a Comeback? 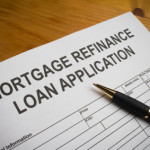 Remember those adjustable-rate mortgages (ARM’s)? They played a significant role in the collapse of the housing market several years ago, and to this day, their repercussions are still being felt by many homeowners.

The ARM’s that got people into trouble were often sold with little or no requirements for income documentation. Many of the loans were set up so that borrowers would only have to repay the interest on their mortgage. In some cases, mortgages were even structured to allow homeowners to pay less than what was required to cover their loan’s interest. These mortgages, which have a negative amortization schedule, ended up forcing people to pay interest on their interest payments. Obviously, that isn’t a good position to be in as a homeowner, and frankly, it poses serious risks to both the housing industry and the economy at large.

The resurgence of adjustable-rate mortgages:

The use of ARM’s fell out of favor after the recession, and for good reason. But now, with increases in 15 and 30 year fixed-rate loans, consumer interest into adjustable-rate mortgages has once again gained traction. So, what’s behind this renewed interest in ARM’s?

“They’re complicated,” said Michael Lea, real estate professor at SDSU’s Corky Mcmillin Center for Real Estate. “And someone who has been around the block before, has some financial assets and can withstand potential payment changes are the logical users of adjustables.”

What to know about adjustable-rate mortgages:

As Professor Lea said, ARM’s are complicated. Rates can change from month to month, following what may seem like arbitrary shifts in the market. Before you make any decisions, it is important to understand how ARM’s work.

Listed below are few things consumers should know when it comes to adjustable-rate mortgages.

Considering their history, it’s unlikely that the ultra-risky loans of five years ago will resurface. The government has pushed through regulation of the real estate industry that should prevent lenders from using low introductory rates to qualify / lure borrowers. These changes, which were legislated through the Dodd-Frank Act, are expected to take full effect next year.