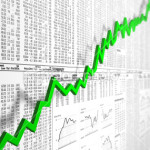 This Tuesday, the S&P / Case-Shiller Home Price Index released data for March’s real estate sales. The index showed positive growth throughout most of the country, and had particularly good news for San Diego County. According to the report, home prices in San Diego are higher than they’ve been in over 4 ½ years.

The local market index, which provides a comprehensive analysis of an area’s housing situation, came in at 167.84 for San Diego County. That is the highest it’s been since August of 2008.

Home prices in San Diego also showed impressive gains, increasing 12% when compared to the same time a year ago. That marks the second consecutive month the area has a seen a double-digit increase in its home prices. What’s more, it’s been 14 months since San Diego’s home values have actually declined.

The forces behind San Diego’s rising home values are nothing new. Inventory is currently near a multi-year low and, considering the availability of cheap mortgage rates, the houses that are actually put up on the market tend to sell quickly. All in all, it makes for a good seller’s market and a competitive buyer’s market.

The state of the market:

As whole, the S&P / Case-Shiller Home Price Index saw its best year-over-year gains since 2006. All 20 of the cities featured in the index reported yearly gains for the third month straight. Another dozen cities saw double-digit growth in their home prices, similar to San Diego. While it may not be there yet, it looks like the housing market is well on its way towards making a complete recovery.

“Other housing market data reported in recent weeks confirms these strong trends: housing starts and permits, sales of new homes, and existing homes continue to trend higher,” explained David M. Blitzer, chairman of S&P’s index committee. “At the same time, the larger than usual share of multi-family housing, a large number of homes still in some stage of foreclosure, and buying-to-rent by investors suggest that the housing recovery is not complete.”

Apparently, all the good news in the real estate market is starting to rub off. Stocks rose sharply Tuesday after Case-Shiller reported that home prices had reached their highest level in seven years. The Dow Jones industrial average climbed as much as 210 points as traders returned from the Memorial Day holiday. Government bond prices also fell, and the yield on a 10-year Treasury note reached its highest level in over a year.

Case-Shiller’s monthly figures are not seasonally adjusted, and therefore, may be influenced by the spring buying season. To find out more about what’s been happening in the real estate market, check out our blog.