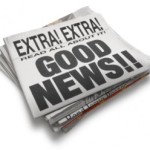 So far, it’s been a pretty good year for San Diego’s real estate market. Home prices in the area have seen solid gains month after month, and, as inventory remains low, the demand for housing has really started to heat up. It isn’t just San Diego, either. Throughout the country, all signs seem to be pointing upwards. It appears that finally, after years of of deflated numbers, the housing market has found its footing again.

Since the market began its rebound late last year, it seems as though every month has brought more positive news for the real estate sector. Home sales and prices in most areas have risen steadily throughout the first quarter of 2013, and, according to a recent report by the S&P / Case-Shiller Home Price Index, it looks they will continue to do so.

The report, which has a two month lag time, showed substantial increases in the prices of homes throughout much of the nation. The gains in San Diego County were particularly impressive, even when compared to some of the hottest markets in the country. In February, the average price of a home in San Diego was 10% higher than it was the year before. That marks the first time since June of 2010 that home prices in the area saw a double-digit increase over the course of a year.

Altogether, the 20 city index showed a 9% rise in home prices. That is the highest yearly increase for any month since 2006. “Home prices continue to show solid increases across all 20 cities,” said David M. Blitzer, chairman of S&P’s index committee. “Despite some recent mixed economic reports for March, housing continues to be one of the brighter spots in the economy.”

The housing situation in San Diego, even more so than in other parts of the country, has moved further and further towards a seller’s market. The shift, which started around six months ago, is largely due to limited inventory and increasing home values. The median price for a home in San Diego, which rose to $366,000 by the end of 2012, is now higher than it’s been since June of 2008. The real issue, however, is the amount of homes on the market.

In January, there were just 4,100 active listings throughout San Diego County, which is about half of what was available a year ago. According to the Greater San Diego Association of Realtors, that’s the lowest inventory level the area has experienced in at least 3 ½ years. And although inventory has gone up slightly in the last couple of months, which is normal for spring, the total number of listings is still much lower than normal.

There’s still a ways to go:

Even though home values might never reach the inflated numbers of yesteryear, there is room for improvement. In San Diego, home prices are still 34% lower than they were in November of 2005. Gary Painter, a professor at USC’s Lusk Center for Real Estate, says that the while prices are improving, the market has yet to see any drastic increases. “Hot markets are often a result of lack of inventory rather than positive market growth, which explain the steady prices,” Painter said. “As fundamentals continue to improve, however, you will begin to see more markets gaining momentum.”