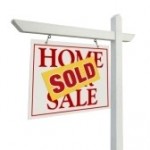 It’s been a rough environment for home sellers the past few years, but finally, after substantial growth in the real estate market, housing has started to rebound. During the past year alone, home prices have increased in 92 of the country’s 100 largest cities. Sales volume, or the overall amount of homes sold, rose in 69 of those markets, with 35 cities showing double-digit gains. In most parts of the country, sellers are in the best position they’ve been in in nearly six years.

Although most economists believe these numbers are positive signs for the long-term outlook of the housing market, they view the market’s short-term prospects a little more cautiously. “Two thousand thirteen and 2014 are going to be transition years,” explained Mark Fleming, chief economist at CoreLogic. “The market’s improving, but it’s not totally healed.” Still, depending on where you live, the current housing situation could make for an opportune time to sell your home.

In order to make the process of selling your house a little easier, we have listed a few tips designed to help sellers get the most out of their home sale.

A recent poll of real estate brokers indicated that 75% of all homeowners think their agent’s recommended listing price is too low. There are a lot of people who see rising home prices and get their hopes up, and while that’s understandable, it’s important to be realistic about what your home is worth. Pricing your home above the market can end up slowing down deals and prolonging the time your home is listed.

Rick Turley, president of Coldwell Banker San Francisco, says the best way for sellers to get the attention of prospective buyers is to price their home in line with comparable sales and “then let the market take it higher.”

Fix the place up:

If your house has any obvious structural or cosmetic problems, you should probably fix them up before putting it on the market. Otherwise, you’ll have to subtract the cost of doing so from your price. “In today’s economy, many buyers don’t have as much savings left over after their down payment for improvements,” explained Teri Herrera, a real estate broker in Bellevue, WA.

When it comes time to show your house, it is important that you do everything you can to make it look its best. Most homeowners only bother to rearrange furniture and clean up for their open house, but it might be even more important to do so before you post pictures on the web. For some, using a professional photographer can be a good way of making your home stand out. According to Redfin, homes (priced between $300,000 and $400,000 ) that used professional images in their listings sold for, on average, $3,000 more than those that used amateur photos. As Errol Samuelson from Realtor.com put it, “web appeal is the new curb appeal.”

Sell based on your situation:

Considering the positive signs in the market, it may be tempting for some homeowners to postpone selling their house until they can get an even better price. Depending on your situation, that may not be the best strategy. For those who are looking to move into a larger place, it may be better to act sooner rather than later. Although higher-end and larger homes aren’t seeing their prices rise as quickly as other housing, the gap isn’t as big as you might think. Waiting to sell your home could get you a better return, but it could also make the appreciation in price on your trade-up more of an issue.

If you are looking to downsize into a smaller residence, the opposite is true. Considering the trends, you might as well maximize the value of your home while the market is still climbing. According to Richard Green, director of the University of California’s Lusk Center for Real Estate, these selling strategies should make even more sense as gains slow for cheaper homes. “Investors are driving the lower end of the market, and there is a point when the investor opportunity becomes less attractive,” said Green.