San Diego’s Real Estate Market is on the Rise 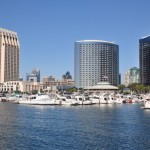 San Diego’s real estate market ended 2012 on a high note, mirroring a trend seen throughout much of the U.S. According to a recently released S&P / Case-Shiller report, the price of homes sold in December was 9% higher than the year before. That represents the highest yearly increase in San Diego home prices for any month since July of 2010.

David M. Blitzer, who is the chairman of the index committee, said that the housing market has made a significant comeback over the last year. Blitzer credited the gains to improved housing and residential construction, which he says led the economy in the fourth quarter. Despite that, he still believes the market may be leveling out. “While housing is on the upswing, some of the strongest numbers may have already been seen.”

According to numbers released by the San Diego Association of Realtors (SDAR) last month, the median price for a single family home has increased 14% since February of last year. This February prices increased to $410,000, marking the first time in two years that the median price of a house in San Diego passed the $400,000 threshold. The price of condominiums and townhomes also saw a dramatic rise, increasing from $198,500 to $250,000.

SDAR President Linda Lee said that current rise in home prices has made some people rethink selling their house. “Prices have risen enough that many people who put off selling their home are listing it because they know they’re going to be able to move up into that nicer home, or down into a more affordable one, without leaving money on the table.”

The SDAR credited the rise in home prices to the current market, which has seen a continued increase in housing sales despite the fact that inventory has remained low. Housing inventory in San Diego is currently the lowest it’s been in nearly 52-months, with just 4,200 active home listings in the county. The low inventory numbers are largely the result of homeowners being underwater on their mortgages. That means that many property owners still owe more on their houses than they’re worth. Homeowners who find themselves in this situation generally wait until they’re able to regain the equity in their property before selling their houses.