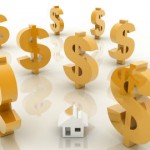 The market in California, particularly around the Sacramento area, has seen an astonishing increase in bidding activity since the beginning of the year. In February, there were fewer than 1,100 active home listings throughout Sacramento County and West Sacramento. That represents less than a month of inventory, which, in terms of housing supply, is almost unheard of.

Low inventory levels are leading to fast sales, offers above the asking price, and in some cases, even multiple bids. Experts say that the current market, while frustrating for home buyers, is a positive sign for the real estate industry overall. Chris Little, president of Sacramento’s realtors association, called the current situation “the ultimate seller’s market.”

Take Angie and Ken Deuel, for instance. The couple listed their South Land Park home on March 15 and received five offers in a matter of a week. They eventually accepted a $417,500 offer, which was well over their asking price. “This is our fourth house,” said Angie Deuel. “I’ve never experienced the market the way it is right now for a seller. We had so many people through the house. It’s just been wonderful.”

Can the trends continue?:

The prices for home sales in Sacramento this February were 15% higher than they were the year before, continuing a trend seen throughout most of our nation’s housing market. Still, most experts believe the current trends won’t last forever. “As we elicit more and more supply response, the rate of price increase will moderate,” explained Stuart Gabriel, director the UCLA Ziman Center for Real Estate.

Some people look at the current market and can’t help but be reminded of what happened during the recent housing bubble. The uptick in home prices and increased instances of bidding wars have lead some to wonder whether or not we’re headed towards another bust. Although that’s been the cycle throughout much of California in the past, economists claim we aren’t there yet.

According to Jeffrey Michael, director of the University of the Pacific’s Business Forecasting Center, the market is simply recalibrating itself. He believes the rise in prices that the housing market has experienced over the last few months is a correction to prices that fell too low during the housing crash.

Michael said that while he expects prices to increase another 10% to 15% over the next year, the number of available listings will eventually go up. “That should slow the rate of appreciation and give us a more normal market,” Michael said. “I stress the word SHOULD, since normal real estate markets have been a rarity around here.”