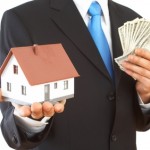 Despite higher taxes, sequestration cuts, and an unemployment rate of around 8%, the housing market has continued to make a strong recovery. According to the National Association of Realtors (NAR), sales of existing homes have already gone up .04% this year. The growth of home sales in January, which represented an increase of 9.1% from last year, marked the 11th consecutive month of price gains in the housing market.

The housing market is seeing an increase in both the amount of homes being sold and the price of available houses. Reports from the NAR put the median national price for home sales in January at $173,600, which is 12.3% higher than it was in 2012. Forecasters have pointed to the low inventory of homes in the housing market to explain the rise in prices.

In January, housing inventory contracted to its lowest level since December 1999, with just 1.74 million homes on the market. At the current sales pace, available housing would be gone in just over four months. That four month estimate represents what insiders refer to as housing supply. The current supply of homes is the lowest it has been since April 2005, with an inventory that is 25.3% lower than it was just a year ago. In a typical, healthy market, housing supply should be around six months.

Housing availability has also affected the length of time homes stay on the market. The nationwide median has dropped from 99 days a year ago to 71 days in January. Some markets, in places like Miami, Phoenix, and Silicon Valley, have even started experienced bidding wars.

Taken together, these recent numbers indicate a continued shift towards a seller’s market. “Buyer traffic is continuing to pick up, while seller traffic is holding steady,” said Lawrence Yun, chief economist of the National Association of Realtors, in a statement. “In fact, buyer traffic is 40% above a year ago, so there is plenty of demand but insufficient inventory to improve sales more strongly. We’ve transitioned into a seller’s market in much of the country.”

Most analysts believe the current shift towards a seller’s market will continue to yield positive results for the housing market as a whole. Stan Humphries, chief economist of Zillow, said it is largely the result of homeowners being freed of negative equity.

“As home values continue to rise and more homeowners are pulled out of negative equity in 2013, the positive effects on the housing market will be numerous. Freed from negative equity, homeowners will have more flexibility, and some will likely choose to list their home for sale, helping to ease inventory constraints and moderating sometimes dramatic, demand-driven price increases in some markets.”