Housing a Sweet Spot for Economy as Rebound Extends to 2013 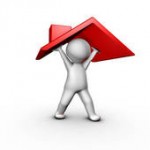 At Lambert Ranch, an Irvine, California, housing development where prices start at $1 million, just two of 98 homes are unsold since the project opened in May.

The builder, New Home Co., is opening 14 neighborhoods in California this year for buyers who want to seize on low interest rates amid a scarce supply of homes for sale.

“Everywhere we are, we can see it,” Larry Webb, chief executive officer of Aliso Viejo, California-based New Home, said in a telephone interview. “Talk about pent-up demand.”

U.S. home sales and prices are poised to rise in 2013, solidifying a recovery that began last year after a half-decade slump that was the deepest since the Great Depression, according to analysts and economists surveyed by Bloomberg. Record-low mortgage rates and attractive prices, supported by declining unemployment, are luring buyers as the inventory of distressed homes shrinks. Homebuilders are responding by adding supply, bolstering economic growth.

“Increased new residential construction activity will lead to employment gains, which should translate into higher consumption and modest GDP growth,” Robert Wetenhall, a homebuilding analyst with RBC Capital Markets LLC in New York, said in a telephone interview. The U.S. budget deal reached this week removes a cloud to that outlook, he said.

Sales of existing homes will rise about 7.2 percent in 2013 to 4.98 million, the highest since 2007, based on the median estimates of 15 economists and housing analysts surveyed by Bloomberg News for this story. Prices will gain 3.3 percent after an estimated 4.5 percent jump in 2012, according to the forecasters, who used varying measures of values.

Building is set to jump after the inventory of new homes fell last year to the lowest level in half a century. Housing starts, including single- and multifamily units, are expected to increase 24 percent to 967,000 in 2013, the most since 2007, according to the median of 17 estimates. Starts will reach an annual pace of 1 million by the end of this year and 1.5 million by the end of 2016, according to a report today by Goldman Sachs Group Inc. analysts led by Hui Shan, who said housing will remain a “bright spot” in 2013.

Purchases of new single-family houses will climb 23 percent to 448,000 this year, extending last year’s rebound from a record low 306,000 in 2011, according to estimates of 17 analysts surveyed for this story.

“We expect housing to continue this momentum into 2013 and in fact show stronger growth rates due to pent-up demand,” Mark Kiesel, managing director at Pacific Investment Management Co. in Newport Beach, California, wrote in an e-mail.

Kiesel, who predicted the home-price bubble would burst in 2006, is betting on an extended housing recovery with his investors’ money and his own. In May, six years after selling his last house near the real estate peak, Kiesel bought a Newport Beach home in a sign of his conviction that prices had bottomed. The Pimco Investment Grade Corporate Bond fund outperformed the broader Barclays US Credit index in 2012 because of its housing-related investments, he said.

“Residential investments potentially could grow between 20 percent and 30 percent” in 2013, adding as much as 0.75 percent to U.S. gross domestic product growth, he said.

The U.S. economy expanded at an annual pace of 3.1 percent in the third quarter, the Commerce Department said Dec. 20. Residential fixed investment climbed almost 14 percent from a year earlier to $370.9 billion, its highest level since the end of 2008. Gross domestic product will increase 2 percent this year, based on the median of 85 estimates in a Bloomberg survey.

While new-home sales are at about a third of the level they were at the peak in 2005, builders are growing more bullish. The National Association of Home Builders/Wells Fargo Housing market index last month rose to its highest level since April 2006. The gauge, in which a number above 50 indicates more builders view sales conditions as good than poor, reached 47, compared with a low of 8 in January 2009.

Increases in home prices, construction employment and consumer optimism can restart the “virtuous circle,” shifting housing from an economic drag to an economic engine, according to Michael Widner, an analyst with Stifel Nicolaus & Co.

“We see 2013 as the year the housing story progresses from ‘no way’ to consensus, and the GDP and job growth tailwinds being sustainable through 2015,” Widner, based in Baltimore, wrote in a Dec. 19 note.

Homebuilders have added another 2.8 percent in the last two days after the government’s budget deal. The agreement keeps homeownership tax benefits, such as the deductibility of mortgage insurance premiums and limits on capital gains taxes, which may help boost home sales, said Michael Rehaut, a homebuilding analyst with JPMorgan Chase & Co. in New York.

“Not only do we view it as a positive that these favorable provisions remain in place, but additionally, this result continues to support our view that the emerging housing recovery remains a top economic priority for the White House, Congress and the Fed,” Rehaut wrote in a Jan. 2 note.

Not everyone is convinced the worst is over. Robert Shiller, co-creator of the Case-Shiller index, said the outlook for home prices is “highly uncertain” because more people are becoming renters rather than buyers. The number of U.S. occupied residences increased by a net 1.15 million in the 12 months through Sept. 30, with a gain of 1.32 million rentals and a drop of 175,000 owner-occupied homes, according to the Commerce Department.

Based on home sales, construction starts and mortgage delinquencies, the housing market is “halfway back to normal,” said Jed Kolko, chief economist of Trulia Inc., a San Francisco- based real estate website operator.

“It’s likely that it will be another three years or so — maybe the end of 2015 or the start of 2016 — before we see that market nationally back to normal,” Kolko said in a Dec. 26 interview on Bloomberg Television. “Some local markets, like Houston and the San Francisco Bay area, are actually close to where the normal areas are. Whereas others, like Chicago and Atlanta, are a long, long way from normal.”

Home prices rose 4.3 percent in October from a year earlier, the biggest year-over-year price gain since May 2010, according to the S&P/Case-Shiller index of 20 cities. The gauge is up almost 9 percent since hitting a 10-year low in March. It fell as much as 35 percent from a July 2006 peak.

Competition among buyers seeking to take advantage of low prices and record-low interest rates propelled the price gains, Kolko said. The rate for a 30-year fixed loan tumbled to an all- time low of 3.31 percent in November, according to Freddie Mac. The number of homes listed for sale that month fell to the fewest since December 2001, data from the National Association of Realtors show.

“Price increases will spur more new construction, which will add to inventory,” Kolko said in an e-mail. “And price increases will lift some underwater borrowers back above water, encouraging some of them to sell,” he said, referring to homeowners who owe more than their property is worth.

More homeowners who awaited higher prices are preparing to list their houses this year by painting, laying carpets and sprucing up kitchens and bathrooms, said Alan Smith, a broker with Re/Max Professionals in Littleton, Colorado.

“There’s a lot of updating going on so they’re ready to go to market,” Smith said in a telephone interview from his office in the Denver area, where prices climbed 6.9 percent in the 12 months through October. “A lot of folks’ homes are tired and they haven’t had the money or the time to update them.”

The estimated 11 million underwater homeowners have created a “paradox of negative equity,” according to Sam Khater, senior economist for CoreLogic Inc., an Irvine, California-based real estate data service. Because they can’t sell without taking a loss, these homeowners have helped drive up prices by limiting inventory listed for sale, he said.

Distressed home deals already account for a smaller share of transactions. In November, 22 percent of resales were foreclosures or short sales, when the lender agrees to sell for a loss. That was down from 29 percent a year earlier, according to the Realtors group.

“We are not in a real housing recovery yet,” he said in an e-mail. “Current signs of improvement could evaporate quickly.”

Distressed-home inventory has been drying up as investors purchase foreclosed properties and other low-cost homes. Blackstone Group LP, the world’s largest private-equity firm, has been buying as much as $100 million of homes a week to manage as rentals or sell when prices rise.

Homes that were seriously delinquent, in the foreclosure process and not yet listed for sale, known as the shadow inventory, shrank 12 percent in the 12 months through October to 2.3 million units, CoreLogic reported Jan. 2.

“Given the long foreclosure timelines in many states, the current shadow inventory stock represents little immediate threat to a significant swing in housing market supply,” Mark Fleming, CoreLogic’s chief economist, said in a statement. “Investor demand will help to absorb the already foreclosed and REO properties in the shadow inventory in 2013.”

Builders such as New Home’s Webb are seeing a lot of interest from prospective buyers. More than 6,500 people visited Lambert Ranch’s model homes on opening weekend in May, and high traffic continues from homeseekers with resources to buy, Webb said.

Shoppers will soon have more options. In Orange County, California, where New Home Co. is based, two dozen subdivisions are opening this year, the most since 2006, Webb said.

Webb, a homebuilder for 25 years, co-founded the New Home Co. in 2009 after his previous company, John Laing Homes, went through bankruptcy liquidation. Just three years earlier, as the housing prices were about to crash, John Laing was sold for $1.05 billion to Emaar Properties PJSC, a Dubai-based developer.

“We’re not looking for some crazy boom,” Webb said. “We’d just like to see consistent sales and modest price appreciation.”